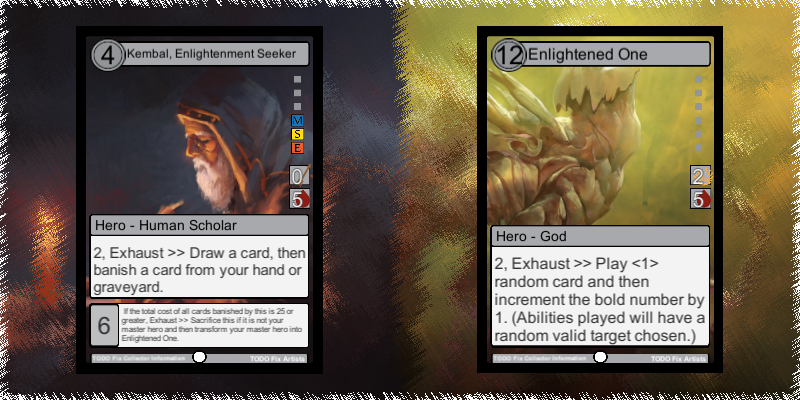 This is our first transforming card and is also a very odd Hero as well. Instead of having an attribute, Kembal has 3 classes. This does pose a weird problem for a deck lead by Kembal but can lead to some interesting scenarios.

This is also the first card from Ingame engine (as unrefined as it is). We are still working on improving the look of the ingame card but its not that far off of the Illustrator made previous ones.

Mostly Kembal runs into the problem of not being able to run many Units other than Neutral ones. However, you get many potent abilities at your disposal to make up for that.